Salbutes are among the richest dishes I remember from my first visit to Yucatan, in Mexico. More than dishes, in the case of salbutes can be spoken of snacks. That is, it is possible to eat only one or two, or on the contrary, eat ten.

Recipe of salbutes, step by step

To prepare this recipe for cooking, we will need Freshly made corn tortillas. To take charge of this ingredient, I recommend you use our corn tortilla recipe.

Once the tortilla dough is ready, we'll have to fry it in lard. In fact, we will get an appetizer quite similar to panuchos, but in this case, without beans.

The most common salbutes are prepared with turkey, cochinita pibil, or with chicken. In this case, we will prepare a recipe for salbutes with chicken. 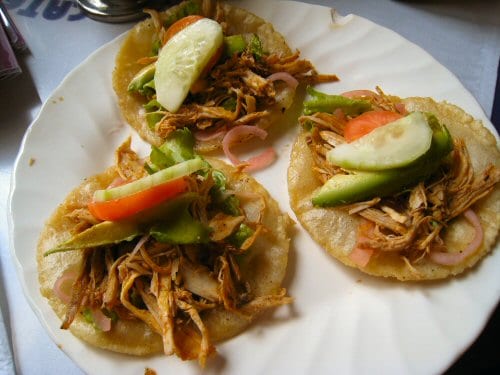 Recipe easy cooking, explained step by step, to prepare some very traditional salbutes like those of the best kitchens of Yucatan.The longer we leave it in the marinade, the more flavor it will absorb. Ideally, leave it at least one hour.

Tips for some salbutes with much more flavor