Why squid stuffed? Well, because among all varieties of seafood, squid are among the best to cook. Not only can they be made grilled or in sauce, for example, but they can also be filled in many creative ways.

In this post we will learn some ways to prepare them.

How to make stuffed squid

For these recipes, it is best to get large squid. The idea is to be able to fill them copiously. If we can find squid that approaches 150 grams per piece, we will have the ideal ingredients.

You will also need our recipe for fumet or fish broth 😉 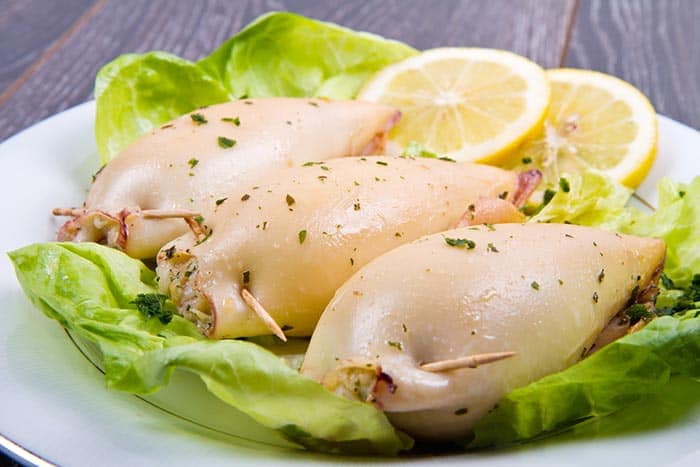 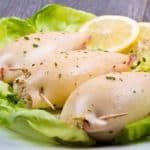 Squid stuffed with ham and eggs

With this cooking recipe, you can prepare squid stuffed with ham and eggs, in addition to bathed in a sauce with white wine. It is a dish to feed the whole family very well.We will leave the onion peeled and cut into cubes, the garlic peeled and crushed, and the pepper washed and chopped into cubes. In the latter case, we will remove the white part internal to the pulp, the seeds and the rest of the branch.

Squids are very adaptable seafood, They can also be filled in other ways, according to the preferences of each chef. Therefore, here we will review some versions of this recipe, so you can make adaptations according to what you like, but always starting from our basic preparation.

Use the same recipe we have proposed, but instead of ham, include previously cooked prawns in your list of ingredients. I prefer to increase the amount of prawns, from 100 grams to 150, since these seafood have a smoother flavor than ham. Normally, you will also have to season the filling a bit more.

Use the same principle previous, but it eliminates the eggs from the recipe. Instead, increase the amount of prawns to 250 grams.

This combination is an explosion flavor. Replace the ham from the basic recipe, for the same amount of sobrasada, and add a handful of sliced ​​almonds to the cooking. In this case, you can also remove the eggs from the recipe, but if you decide to do so, add one more onion to the filling.

Use only one egg for the basic recipe. Instead, add a bunch of pine nuts to your ingredient list.

Yes You have got calamari that come with your ink, you can incorporate it into the cooking of the sauce. In that case, you can save the list of spices proposed to season the sauce, and limit yourself to salt and pepper.

I suspect that you are interested in cooking with squid, so I will leave here other recipe recommendations that you will like:

And remember to visit our page with recipes of seafood and fish.